A history of Handicrafts

by homeadmin
in Home Decor

The very first handicrafts to be made by humans started right at the dawn of mankind’s evolution -marking it actually, induced by the need of food, the need of tools that were to be forged in order to hunt for prey and the primal instinct of survival. Around 2.6 million years ago early Homo Habilis relied on objects from their environment and shaped surrounding materials to their will, which resulted in the creation of the first handicrafts ever made: TOOLS! Tools and weapons like spears and axes which they used in order to survive to hunt to protect themselves in their wild habitats, and to climb over predators higher than themselves on the food chain. YES, those were handicrafts and they built a creative artistic basis for the evolution of the hand-made craft. 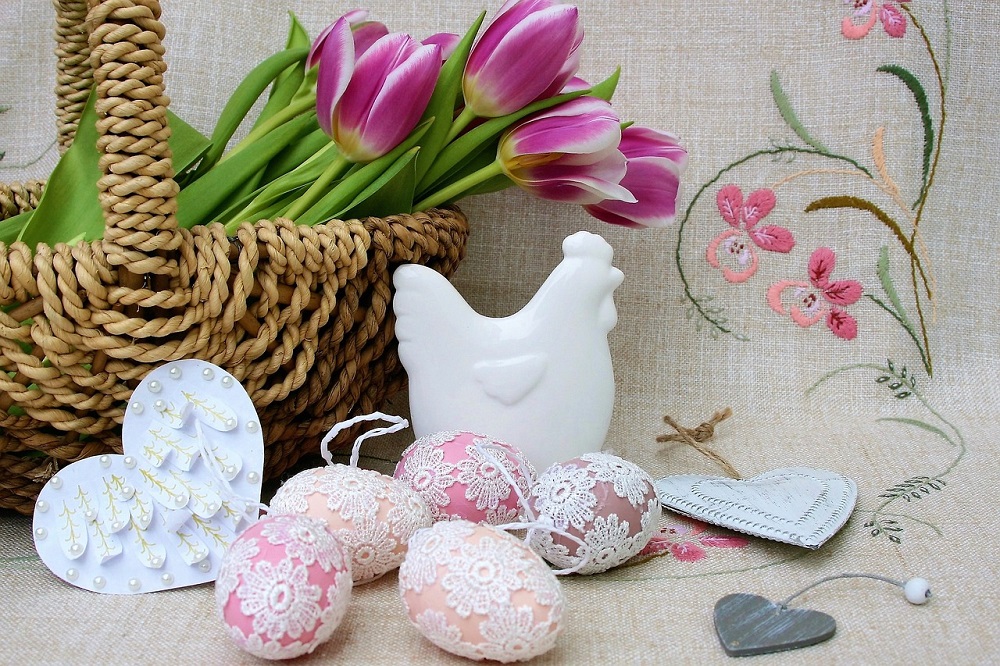 As mankind evolved so did the craft of hand-made it played a part that grew bigger and bigger in human societies flourishing into a way of portrayal of art, culture and heritage of individual societies. In addition to conveying craftsmen’s opinions, emotions, and a great way to document historical snippets around the world and throughout the times. The craftsman in his work relies on their individual mental and manual skills which grow through the practice of the craft itself. They use raw ores and substances from their surrounding environment and shape them into expressive pieces of art, which in turn fill their hearts with joy and a sense of fulfillment when they eventually see the final form of the artifacts their hands have made come to realization. The craft gives its master a greater sense of value and empowers their confidence in themselves, especially when their productions are difficult or impossible to achieve using machines and an even greater sense of accomplishment when those productions benefit others in their societies. That is why handicrafts are not of great expense but of great value, especially those that aren’t widely practiced and those hard to learn and create, and those that belong to a craft that is more difficult to preserve.

Traditional handicrafts In the Levant (Syria, Iraq, Jordan, Lebanon and Palestine) spread throughout the region and eventually the world, encompassing within their precise marvelous details many distinctive properties of different cultures that lived in the region throughout the millennia, forming a canvas saturated with beauty and culture. These crafts evolved from simple hobbies into high forms of expression, and into inveterate professions passed down and inherited one generation at a time to be protected from peril. Damascus (Syria) became a household name for a collection of prominent hand-made crafts such as Faience and Pottery, the craft of Copper, Glass, Wood and Shelling, Carpets, Embroidery and Crochet. 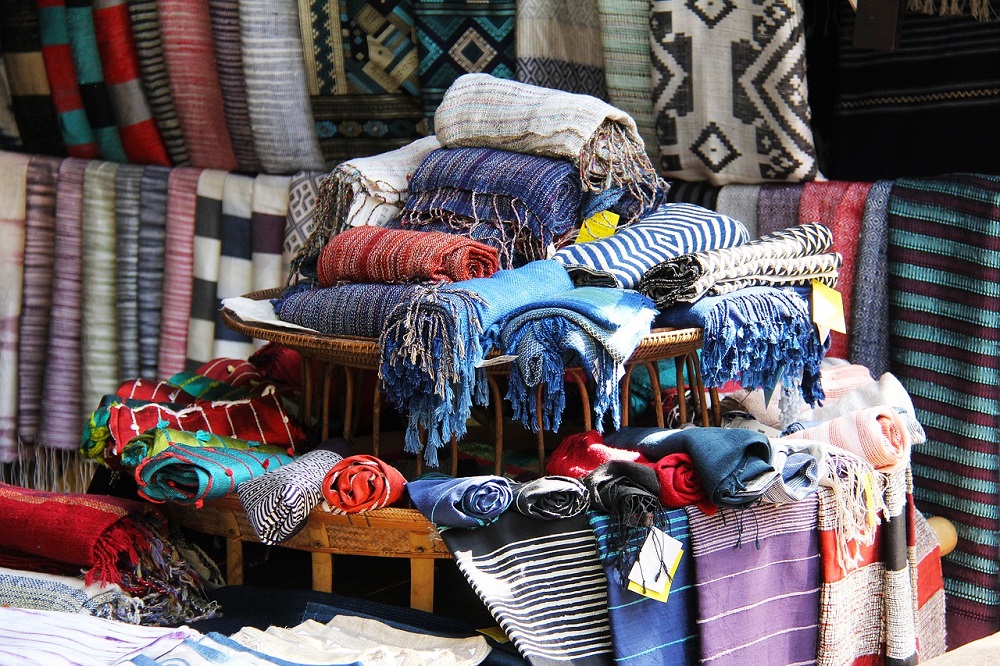 During the rule of the Roman Empire, many hand-made crafts flourished such as the craft of Mosaic, Pottery, the craft of Fabrics and the craft of glass to name a few. That was due to the ascension of the arts within the craft of hand-made and the taste of the consumers; especially the lavish ones who were in pursuit of luxury. The next phase of prosperity came later on during the Islamic era specifically in the Omayyad era during -which Damascus became even more renowned for its production of traditional handicrafts like etched, embedded and shelled wooden furniture, Copper tools, battle weapons, Pottery, Ornaments and a variety of other crafts that carry the spirit of Syrian art, taste and skill.

Ancient traditional Damascene crafts also include the distinctive craft of “Ajami” named for its variant ornamentational mix of Arabic, Persian, Greek, Turkish and Moroccan details. A craft that Damascene artists novelled in preserved throughout the generations and decorated copious numbers of houses and palaces with to add a unique and luxurious oriental trait.

Another distinctive traditional Damascene craft is Wood-shelling a handicraft that demands extreme precision and delicacy from the craftsman. Its branches include palace and mansion main hall décor museum and Mosque décor and the decor of sumptuous homes of which the owners deem this craft a ravishing luxurious treat to the walls and halls of their mega mansions. 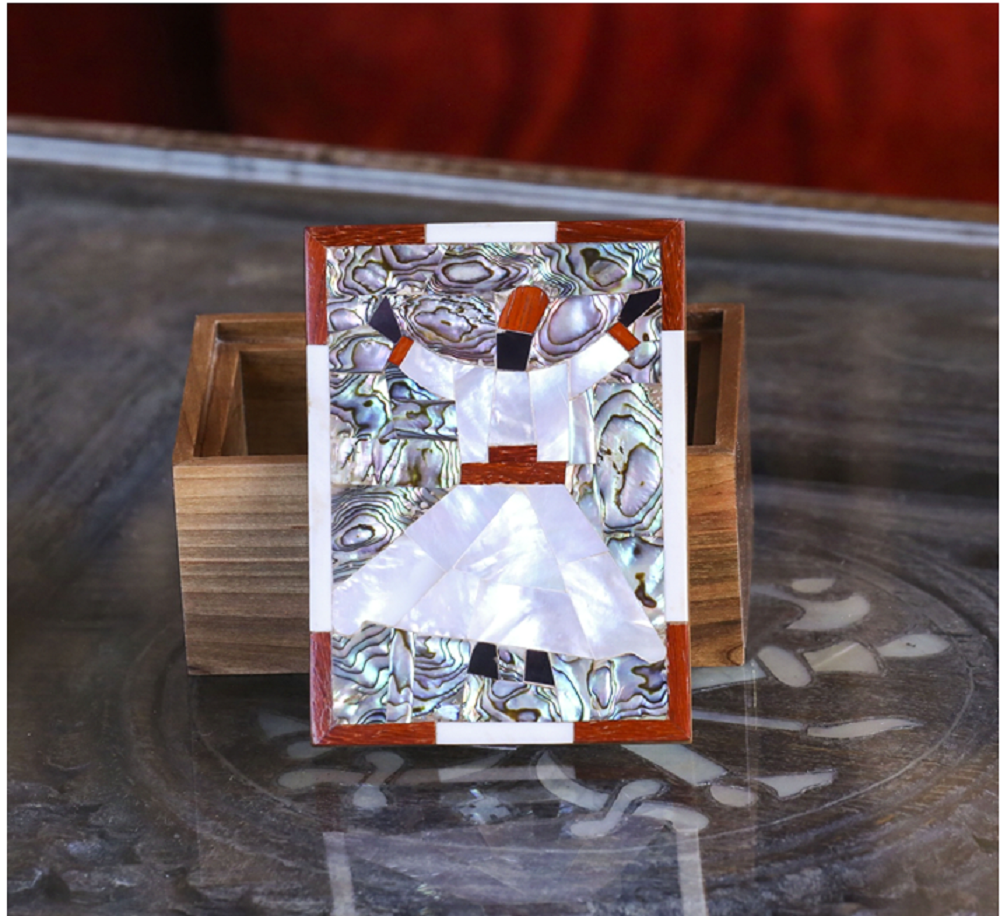 The mention of Traditional Damascene crafts can’t go without the mention of the craft of Faience, a craft condensed with creativity and art. Each Faience Artifact carries a swarm of drawings and embellishments on its smooth surface that emulate the magic of nature and natural motifs, written language and its Magnanimous forms or poetry, and can transform any home into a personal cultural habitat fluctuating with warmth and distinction.

You have also probably heard of Damask or (Damasco). This craft is the child of Damascus as you can glean from its name. Damask along with Brocade is a specialty singular in profession to the craftsmen of Damascus and because of that they are requested by royalties and celebrities from all over the world and were demanded by rulers such as kings, queens and emperors around the globe for the past 3 centuries. In fact a bridal gown made of Damascene Brocade was sent as a wedding present to Queen Elizabeth ll of England, which she wore in the royal wedding. Damascus is also famous for the crafts of Kashmir and Aghabani fabrics. 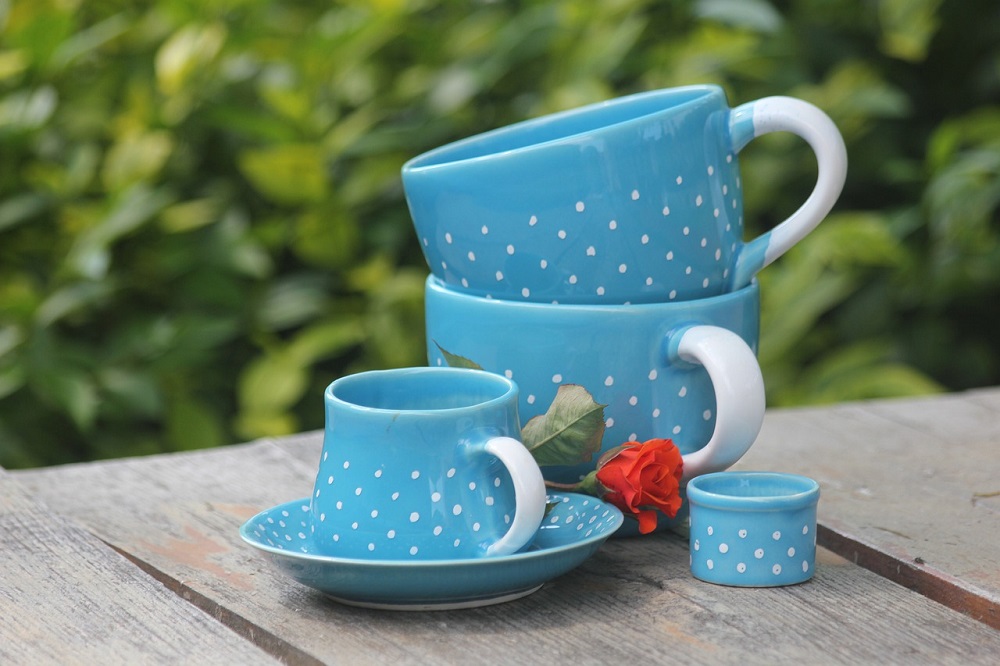 After a small ponder, or a bit of a thorough look anyone can find something they can relate to in a handicraft whether an idea feeling a memory or a simple quote or lyric from a love song or a poem. No matter how simple or complex no matter how big or small all handicrafts carry within their folds a certain amount of unique expressive detail and just like any other art product just like a painting, or a song all hand-made products originate from a place within the soul of the craftsman. They are like symphonies coming into physical existence symphonies of emotion and art. They are like children to the craftsman and we all know how much Geppetto loves Pinocchio.